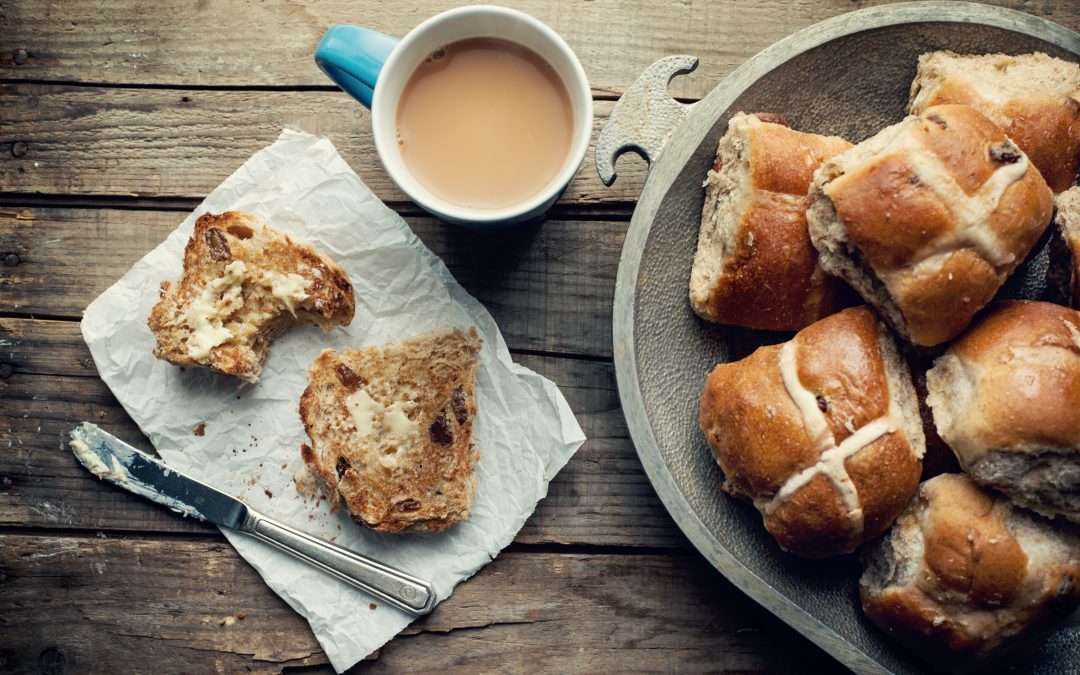 It is said that if you hang a hot cross bun from your kitchen rafters on Good Friday the bread will remain fresh and mould-free throughout the entire year. Surely it is worth a try.

In St. Albans,  a 14th-century Monk and Brother of the City’s Abbey named Thomas Rocliffe came up with an alternative to the original bun and called it Alban Bun. Back then and to honor Good Friday the bun would be distributed to poor people.

The buns are delicious as they come or toasted with a bit of salty butter or without. They can also be topped up with a tiny bit of marmalade. Yum! And of course a cup of tea.

For a full recipe we love Mary Berry’s: https://www.bbc.co.uk/food/recipes/mary_berrys_hot_cross_65003

Give it a go, and share some pictures with us, we would love to see how they’ve come up.